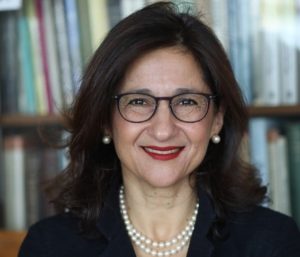 Dame Minouche Shafik is a leading economist whose career has straddled public policy and academia. She has been the director of the London School of Economics and Political Science (LSE) since September 1, 2017.

She later served as the permanent secretary of the Department for International Development from 2008 to 2011, deputy managing director of the International Monetary Fund and as deputy governor of the Bank of England from 2014 to 2017, where she was responsible for a balance sheet of almost £500 billion.

She is interested in the future of work and skills; changing attitudes to the social contract; global governance reform; and international economic policy and development.